In this article i am going to look at the excuses i and others have used not to be retired at 40!

When I was in my twenties I told a good friend I would retire at forty. I was so sure of this that I didn’t question it.

I was young, healthy, academically accomplished, I had plenty of time and lots of natural talent and enthusiasm for life. Who could fail when the odds are stacked that much in their favour I thought? Well, as it turns out, anyone could, including me.

So what went wrong?

I failed to plan. Pure and simple. And for someone who used to pride himself in being organised, let me tell you, that’s a hard thing to accept. I was so organised that somehow I forgot to plan my retirement: the one thing I said I wanted.

And without any plan, or a winning lottery ticket, there was never a hope in hell of my retiring at forty. But don’t mistake a lack of planning for a lack of effort or progress.

I achieved many other things while on the way to not retiring.

I also have a Masters degree. I’ve written a novel and worked for some of the world’s biggest corporations and smallest ones too.

So I’ve accomplished a lot, just not retiring.

When I look back over my life, I never had a plan for most things. So it got me thinking. How important is having a plan and is there anything else that could have stopped me from retiring at forty?

For me, the answer was that I don’t think I really wanted to retire at forty because I didn’t know what retiring looked like. I hadn’t defined it well enough for it to become something I would work towards. It was just a word that meant I wouldn’t be working. But having worked for twenty-five years, I now realise that retirement – at that time – meant not having to do job I didn’t like. In other words it was an excuse.

And that’s when I really started thinking.

What if I’ve been telling myself excuses for all the other things I thought I wanted to achieve but never have?

It didn’t take me long to come up with a list. I’m not saying these are the actual reasons I personally didn’t succeed at retiring at forty.  I’m saying this list might be the kind of excuses I told myself.

Ever the optimist, I’ve tried to be constructive. So after the excuse, I’ve also given a way to address it, because if there’s one thing I am determined to do it is to learn from my past and my mistakes.

Here are the first fifteen I could think of:

Excuses That Are Holding You Back

There should be a video here, but as javascript is not enabled on your browser the video can not be loaded. However, You can view it here:

Who does? No one was born an expert or a winner. Start small and keep chipping away at the problem. No one climbs Everest without months of training and getting to Base Camp first of all. Step by step is the key. Leaps and bounds are for frogs and kangaroos. 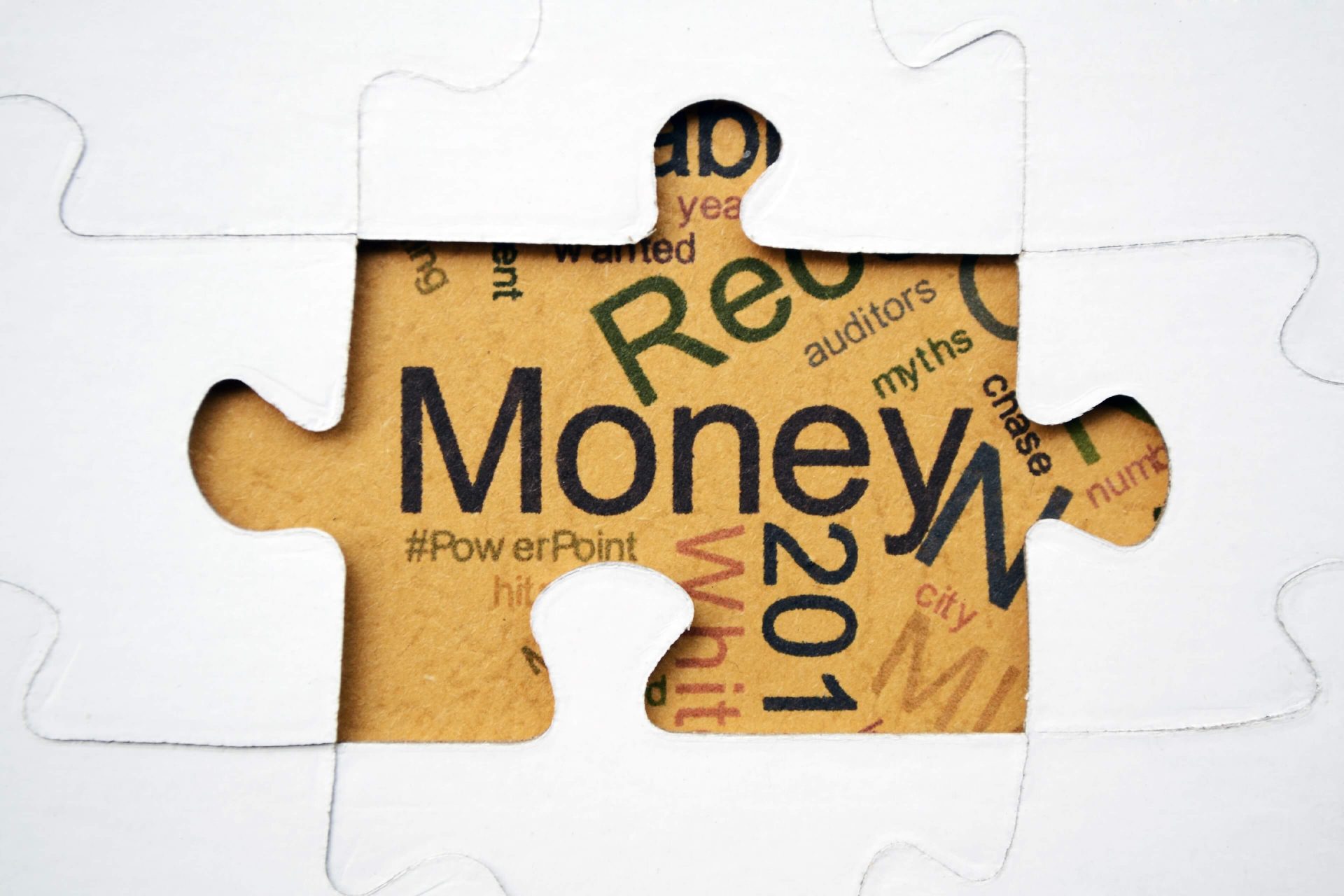 Fair enough, not many of us are born with a silver spoon in our mouths. So ask someone else to lend you the money or crowd source it. Yes they’ll want something in return but that’s the price of their investment.

3. I don’t have the right knowledge.

Google it or ask an expert. But beware of collecting too much information or relying on one source; it will skew your perspective and weigh your thinking down because you won’t be able to analyse all the data. What do you need to know in order to answer the question?

Is a qualification strictly necessary? If you want to be a lawyer or a doctor, go get qualified. If not, train yourself or find a qualified person to help you instead.

Not knowing why you’re doing something is the quickest way to lose interest and rob yourself of motivation. So be brutally honest with yourself: why do you want to achieve your goal, what would it mean to you? Knowing the purpose gives your life and effort meaning, which can drive you to achieve your goals.

This could work either way. Sometimes that’s a good thing. If nothing is at stake, then why not give it a go? On the flip side, it might not seem appealing if there’s no risk. So make a public promise, or a promise to someone whose opinion and attention you value. Let them down at your peril. Or sell everything you own and invest the lot in your vision because burning your bridges – aka your escape route – will focus your attention on positive action for sure.

7. The odds are against me. 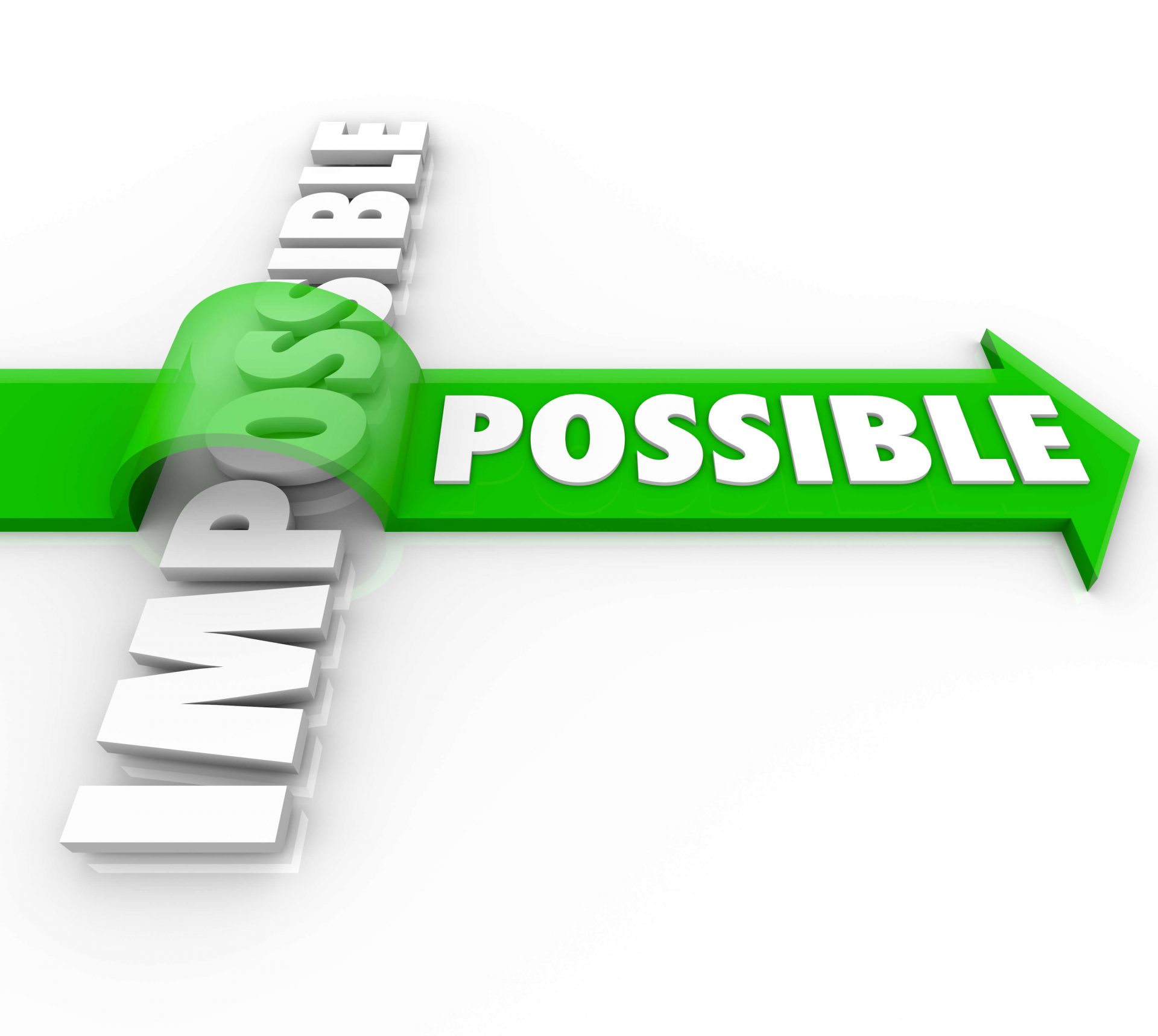 You only have to believe that it is possible to achieve your goal, not that it is probable or certain. Remember: the odds are exactly that, odds. They’re not a guarantee of anything, even when they’re in your favour.

Skill yourself up or pay someone else who does have the ability to do it for you or be your mentor.

As they say in New York: “When the only tool you’ve got is a hammer, every problem looks like a nail.” Put it down and pick up another.

How are you measuring your progress? Rome wasn’t built in a day and overnight success is the worst kind of nonsense to believe in.

11. I haven’t got the right connections.

There should be a video here, but as javascript is not enabled on your browser the video can not be loaded. However, You can view it here:

You’ve heard of the six degrees of separation right? So tweet Kevin Bacon and ask him if he can put you in touch with the right person.

No pain, no gain. Get on board or wait for another train.

Really? Do you see Mick Jagger drawing a pension?

Nonsense. We all have 24 hours in a day, every day. That is fixed and unchangeable unless you own the Delorean from Back to the Future. What you can do is reprioritize things, focus on what you have to get done as opposed to what you would like to get done. If you think you can or have to do everything, you’re going to fail because it will paralyse your ability to prioritise. Being busy and having your hands full is not the same as being productive.

And my personal favourite…

You know what they say about that: fail to plan, plan to fail. Write one, keep revising it and put it into action. Step by step. One day at a time.

Over the course of this article, I hope I’ve revealed something of how I view life and how I think I may have been my own worst enemy sometimes, to varying degrees. And maybe you recognise some of those same excuses in your own life.

On the other hand, this list should also teach us that while we like to think we have total control over our mind and body, in reality, we don’t. It only takes a cursory read of anything to do with cognitive biases to make you see that our brains are wired in a certain way – albeit for good reason – but that wiring can work against us sometimes, without our knowing that it’s happening.

What does that mean?

It means you can and should forgive yourself, regularly. No one is perfect. We’re all a work in a progress. We all make mistakes and we need to if we are to evolve and find new solutions to old problems.

If there’s one thing that will make the biggest difference to your life from this moment on, it’s this:

Remind yourself you are a work in progress: you’ll get better and better as you age.

If you want a second thing that will make a massive difference to your life, it’s to again remind yourself that whatever skills, talents, luck and experience got you this far, they may not help you get to the next level.

In other words, be open to learning new things and looking at life in different ways: connecting the dots between old and new will lead to innovation and opportunity in your life.

I’d genuinely love to hear about any other excuses that you think have been holding you back too so please do drop me a line on Twitter and let me know.

The more excuses we can root out, the better!

Dave Jenyns – How To Easily Systematize & Grow Your Business

Warning: Use of undefined constant posts_per_page - assumed 'posts_per_page' (this will throw an Error in a future version of PHP) in /home/hrmedia5/public_html/fridgemagazine.com/wp-content/plugins/hrm2-personal-functionality/includes/widgets/widget-popular-posts.php on line 33

Warning: Use of undefined constant meta_key - assumed 'meta_key' (this will throw an Error in a future version of PHP) in /home/hrmedia5/public_html/fridgemagazine.com/wp-content/plugins/hrm2-personal-functionality/includes/widgets/widget-popular-posts.php on line 34

Warning: Use of undefined constant orderby - assumed 'orderby' (this will throw an Error in a future version of PHP) in /home/hrmedia5/public_html/fridgemagazine.com/wp-content/plugins/hrm2-personal-functionality/includes/widgets/widget-popular-posts.php on line 35

Warning: Use of undefined constant order - assumed 'order' (this will throw an Error in a future version of PHP) in /home/hrmedia5/public_html/fridgemagazine.com/wp-content/plugins/hrm2-personal-functionality/includes/widgets/widget-popular-posts.php on line 36
Outsourcing Guide: The 5 W’s Speed Up WordPress: 14 Easy Ways To Decease Load Time Smart Business: The Ultimate IT Checklist for the Holidays 8 Webinar Tools Tested, 1 Ultimate Winner… Google vs Amazon: The Big Changes In eCommerce

Warning: Use of undefined constant posts_per_page - assumed 'posts_per_page' (this will throw an Error in a future version of PHP) in /home/hrmedia5/public_html/fridgemagazine.com/wp-content/plugins/hrm2-personal-functionality/includes/widgets/widget-popular-posts.php on line 64
How To Keep Great Tenants Happy What You Should Know Before Investing in Real Estate 5 Ways to Increase Your Productivity 5 Easy Steps To Retain Fantastic Employees Tax Dos and Don’ts for Your Small Business